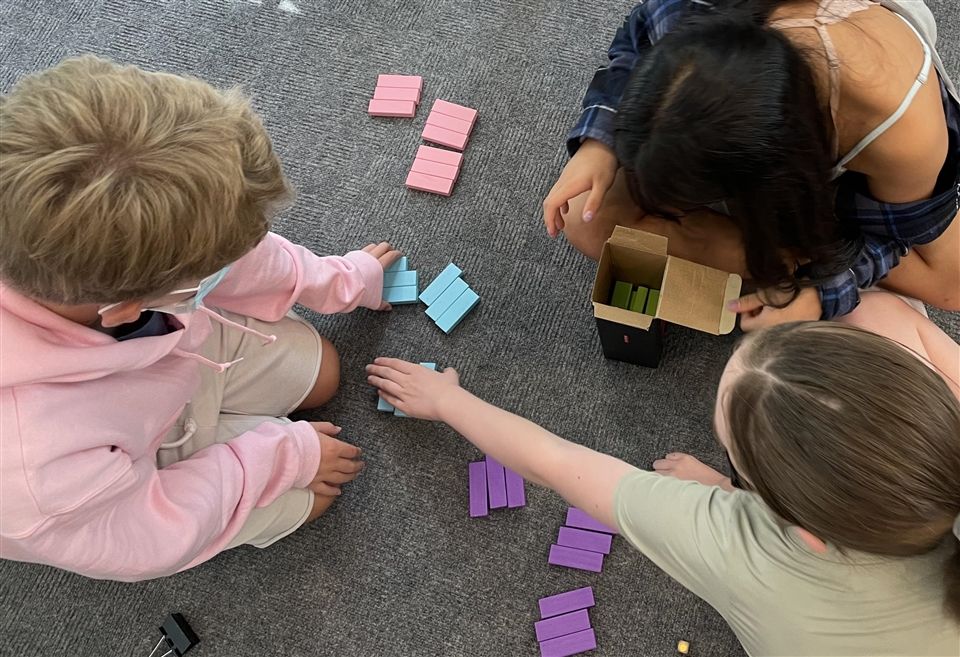 How Does Where We Live Impact How We Live?

9/30/2021
As they start their unit on migration, 9th grade history students learn how access to resources impacts culture.
How does where we live impact how we live? That was the question 9th grade students were asked to figure out in their History 9 class. Teachers David Kongstvedt and Alexis Redford-Maung Maung co-designed this lesson on migration and interpreting the relationship between where one lives and how it impacts how one lives. This lesson was the first in a series on this subject.
“The premise of this activity was to allow students to ‘migrate’ to one of three stations in the classroom. Each station had a sealed bag with materials inside: Jenga blocks, Kinetic sand, or construction paper. The instructions were to use the resources given to build the highest tower possible. Along the way, the students had to figure out how to use the resources they have available... and slowly come to realize that the activity—like life—is totally unfair,” said David.
Eli ‘25 said, “My group was given kinetic sand, so it was much harder to build a long sturdy tower as opposed to the groups who got Jenga blocks or paper with tape. Being given kinetic sand made what was a somewhat easy task for other groups a daunting one for ours. Eventually, I realized that the resources were unfair on purpose. The inequality between each tower helped me understand that it is out of a civilization’s control as to whether they can prosper as a people or empire based on the resources they inherit.”

After the trials and tribulations of tower building, the students will reflect on their experiences by journaling and participating in a class discussion. Eventually, they will be exploring several theories of human migration and inequality (such as the "Geographic Lottery" theory made popular by Jared Diamond in his book Guns, Germs, and Steel) as well as examining some migration case studies like the Paleo-American migration into North and South America and the Polynesian migration across the Pacific Ocean. The tower activity is used as a personal touchpoint to return to as the kids gather materials and explore the case studies while seeking to answer the question "How does where I live determine how I live?"
Back